One Tutu At A Time

We all worry about money at some point. The indigenous people of Sierra Nevada de Santa Marta, known as the Arhuaco, worry as well. Their lives are full of hard work, loving families, fresh food and strong communities. While nearly entirely self-sufficient, male household members work on outside the home to earn extra income and women weave bags for sale. Graceful and incredibly durable, these bags or tutus as they are called by the Arhuaco, are a powerful cultural element. Made by hand from plant or animal fiber, from thread to final loop, one tutu can take months to end up on your shoulders. 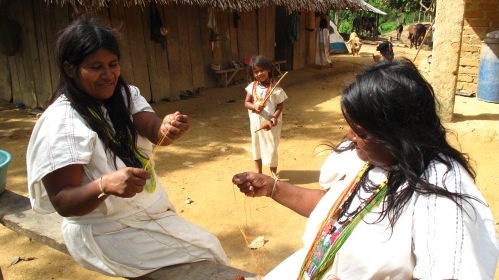 By purchasing a tutu, one helps the community and individual families directly. I have created this post to share the crafts of these women. If you or someone you know would like to help by purchasing a tutu, please contact me by e-mail, gouznova @ gmail.com. Please pass this page on to your friends, family and coworkers. 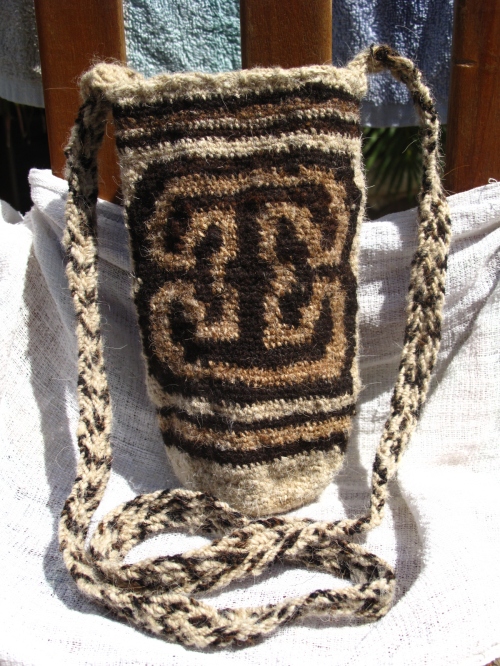 Small tutu, to hold your cell phone and wallet. By Celfida $25 SOLD 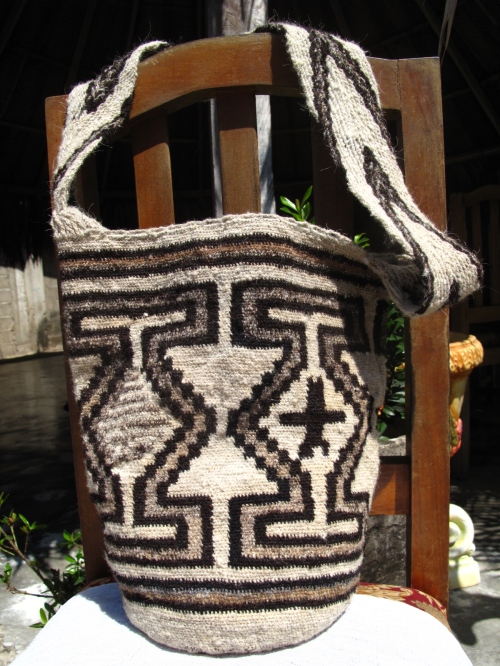 Large tutu, that can easily fit all that you need for the day. Four separate designs make it really stand out. By Celfida, $100 SOLD 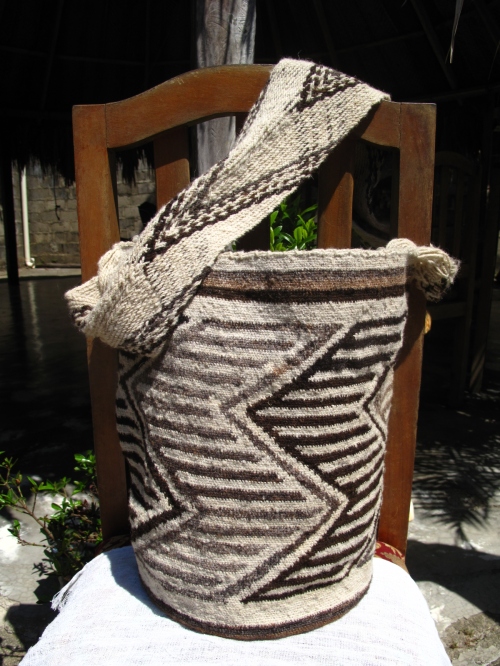 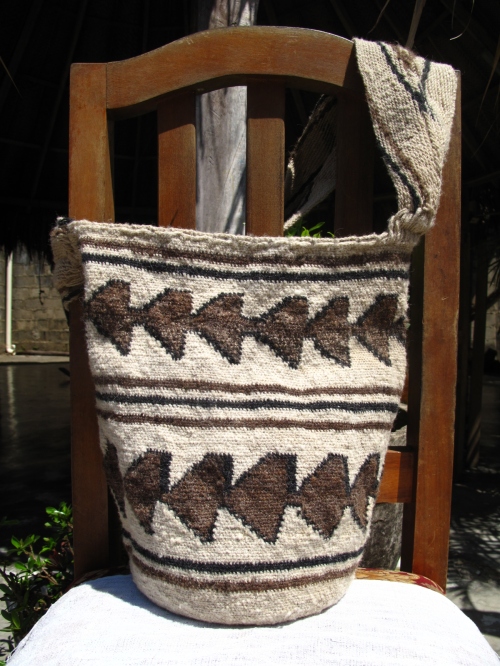 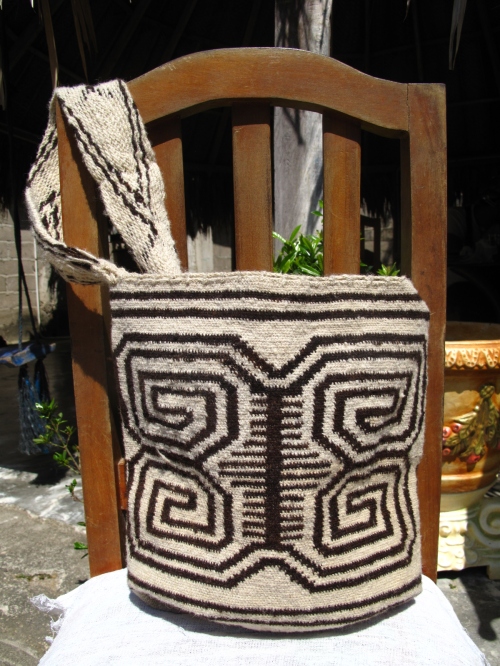 This design is known as caracol, sea shell. Large tutu. Made by Ana, $100. 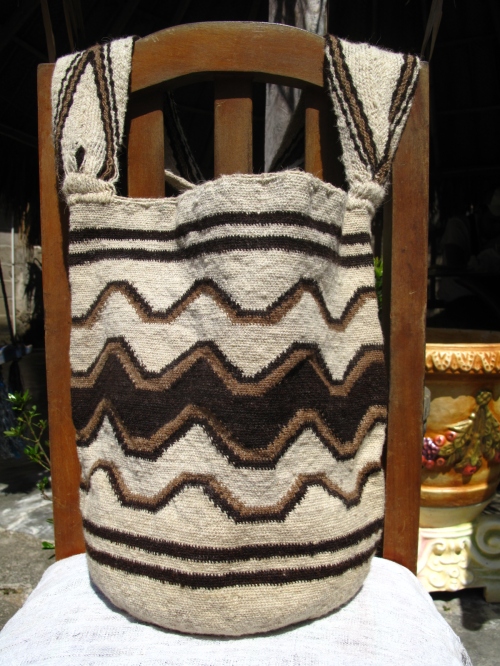 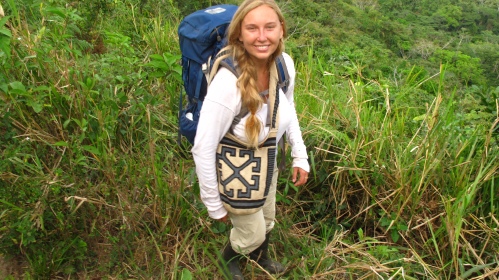 My tutu, made by Yanira.

Waking Up Early and Other Changes 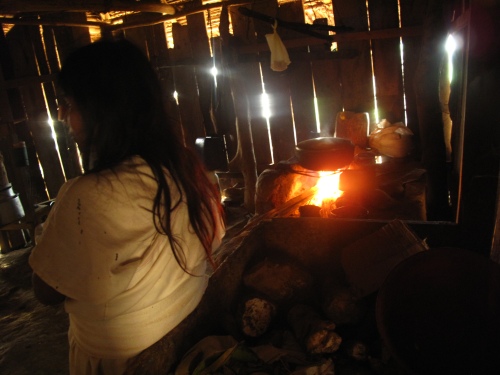 Breakfast is already on its way about an hour before dawn.

Just a few minutes ago, the sky was black. A small slice of it turned bright orange and gracefully transformed into light blue clouds indistinguishable from the mist shrouded mountains. Elsililiana asked, “have you ever seen the range before?” I had but not like this. From here, the newborn light, still gray and cool before my eyes, illuminated thousands of feet of earth known to its indigenous people as Mama. 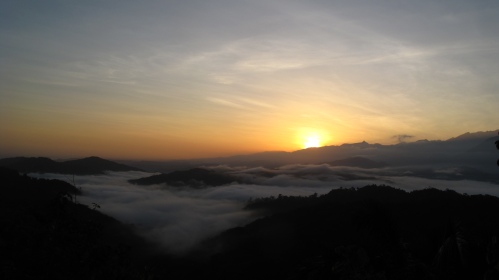 Elsililiana is the eldest of six brothers and sisters and can still climb trees for guama fruit. The youngest, Isau, is just a year old. All the kids work hard. Neji, Jorlady and Elsililiana are usually the ones to saddle the mula or burro and head off to the farm to dig up yucca, ñame, malanga and to cut down guiniea, green bananas. Meals consist of these vegetables along with some milk from the cow or some meat. 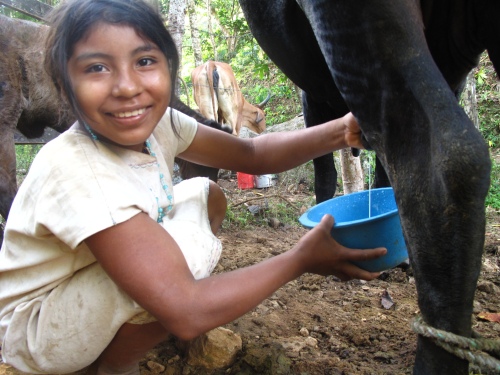 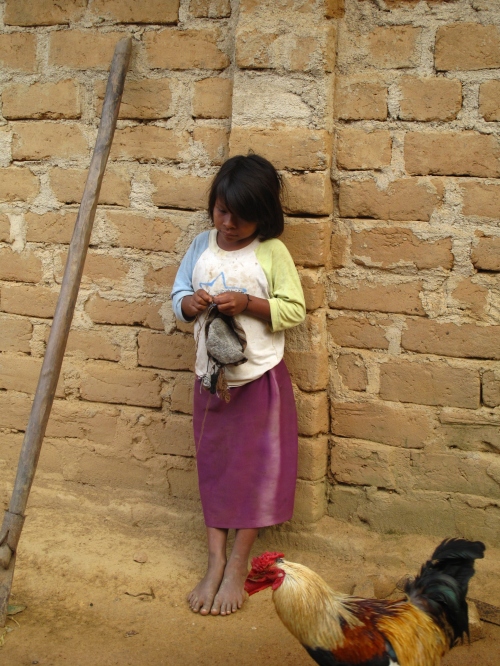 I am not a fan of malanga as it makes me very nauseous but can always find someone who will help me eat my portion of it. Cooking for at least nine every day is something to get used to, as is washing all those dishes. The water gets trekked up by burro in 20L tanks from a spring about 20 minutes below the farm. 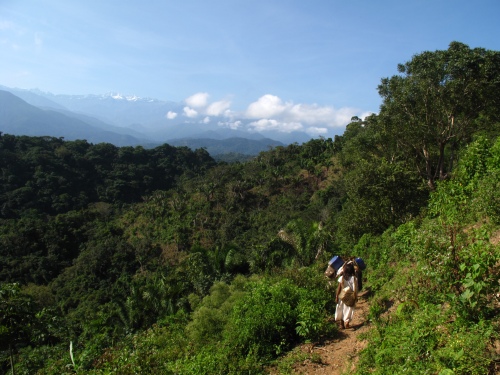 Going down to the spring for water.

All the laundry and bathing get done there as well and unfortunately contaminate the purest of waters right at the source. Other than that, the environmental impacts of this lifestyle and negligent in comparison to your or my own.

When not cooking, washing or caring for the farm, the women weave bags, mochillas or tutus as they are called in Arhuaco. The tutus can be made from plant, alpaca or sheep fiber. All fiber is processed by hand from rearing of the plant or animal to every thread, spinning the fiber and at last, weaving. It takes several months for a woman to weave one tutu of animal fiber.

I spent a week tutuising, weaving, and working on the zamgey, farm, before  Janira and I headed for Savannaculebra, a village about four hours north. 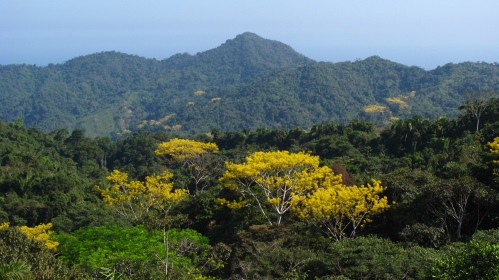 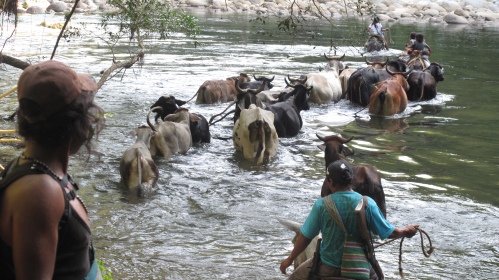 Tony wasn’t sure which way to go. After some time double guessing, I ushered him to go arriba, up. As I looked back, I could still see the houses below and the grandfather, dressed in all white. With one hundred years of living under his belt, his head was causing him trouble, he said. After a few steps I heard the call I was hoping for, “abajo, abajo,” go down. Tony slowly obliged. For a four year old horse, Tony did most of his walking rather slowly or carefully. Six hours in the saddle of asking him to move along brought us instantly closer. We were headed down to the river and eventually to Claudia’s ranch. We spent the night in her grandfather’s home having left late in the day. Bringing along nine cows, four pack animals and four children did not help to maximize our travel speed.

Steering livestock is one thing, finding it is another. It involves you and hopefully more people raking the forest for signs of cow. Later it involves lots of scrapes, ticks and yelling to get the livestock on trail. Next, eight more hours of sprinting, yelling, scrapes and ticks to move the flock to a new pasture. Through it all, you are draped in wild, rarely seen mountain side where few tourists ever venture. Homes with thatched roofs, smoky kitchen fires, spring water and close knit families become the main navigation points and so one can only navigate the trail with family. 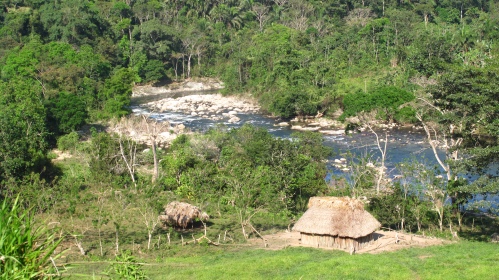