What is it like to be trapped in a town that is being flooded? As many towns in Colombia are drowned out and mudslides force vehicles off the road, we in Palomino considered ourselves fortunate. On December 26th we got a taste of the helpless feeling the force of water can bring. Dark skies and rain took over by around noon and within an hour streets turned into knee deep running rivers. 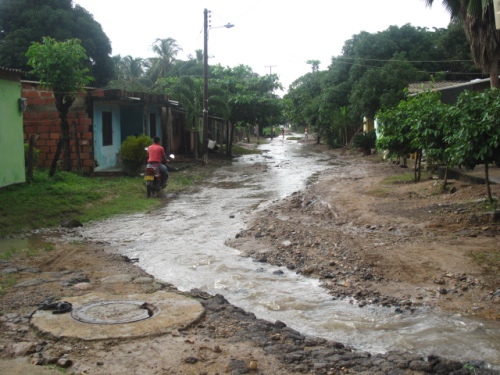 On my way to a friend’s home, I waded carefully until one stream nearly knocked me off my feet. Once under one roof, we watched the heavy rain drops fall accompanied by the sound of thunder and only the mountains know what else. Six hours later we needed to venture out for food and learned that it was not possible to pass for the main road because a five foot deep ditch had formed across one of the streets. 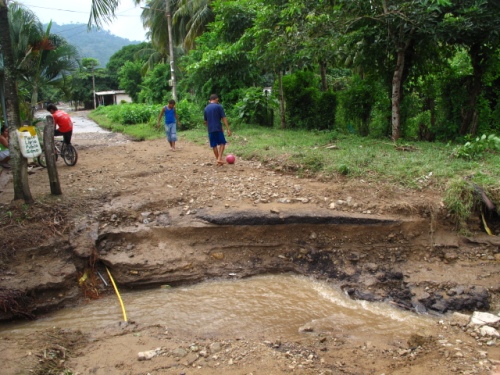 We got a few things at the local tiendacita, store, and headed back. We all heard the last one, the last sound that resembled thunder, mudslide and avalanche all in one. The rain continued to beat down. Nearly ten hours later since it began, the rain leveled off and I headed to Calisto´s house next door to spend the night. He barely made it back from the beach.

The following day I learned that three landslides took place. Roberto lost his home and Andres found his house flooded. The path that I always take to get to the beach was impassable. Somehow the stuff in my tent stayed dry . The next day, thunder echoed and we held our breath. More rain would mean real trouble. Without much sun, the clouds passed and we were spared the fate that so many other towns in Colombia have endured. When it comes to the most powerful forces, those of nature, one can only hope for the best. 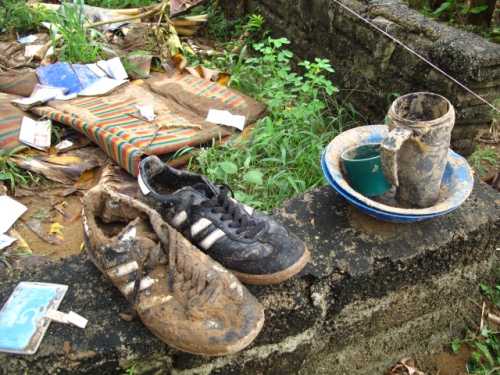